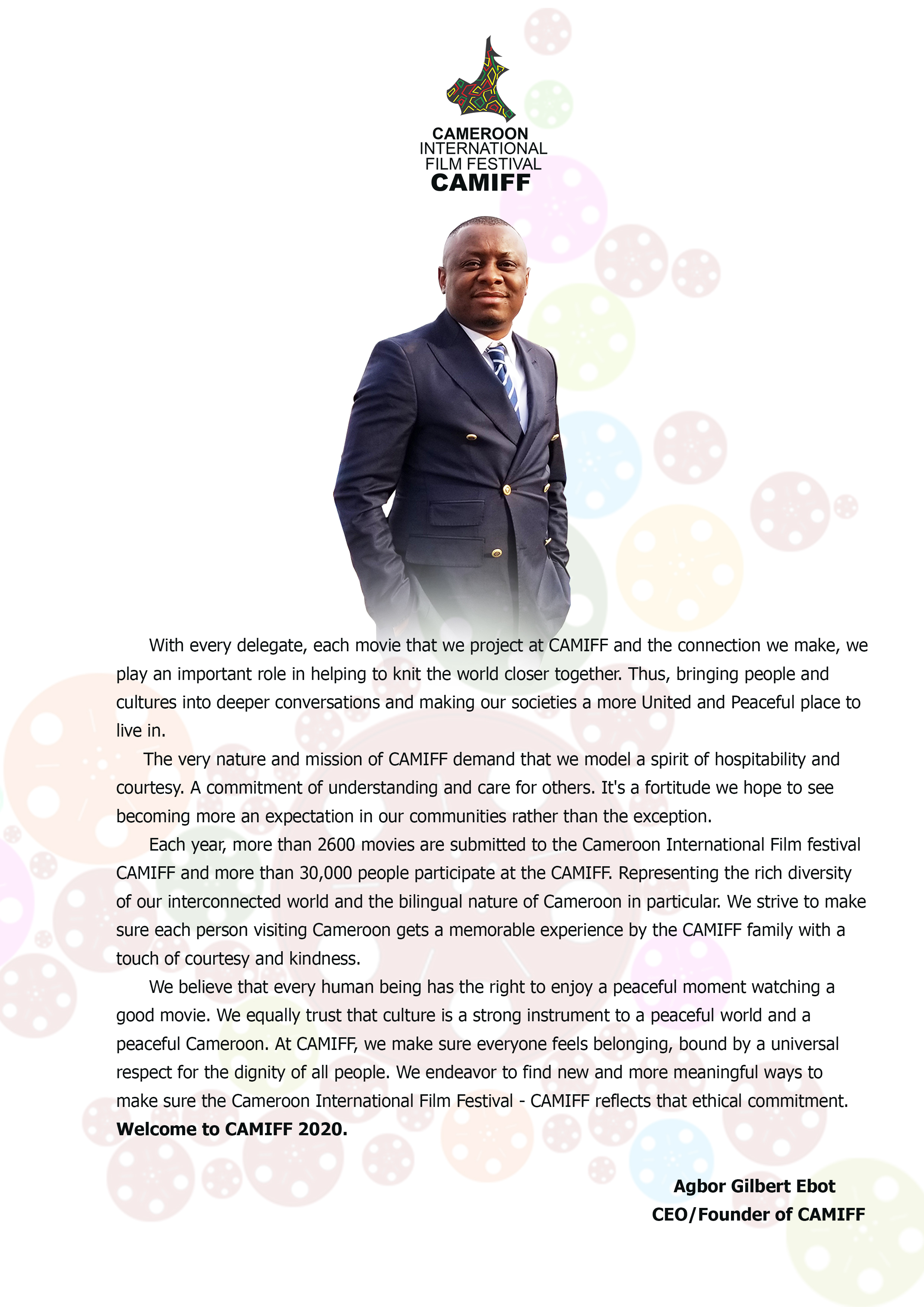 The Cameroon International Film Festival - CAMIFF is establish with the aim to help create a vibrant film culture throughout the region. Every May the event will be committed to curating exceptional programs to engage and educate the local community, inspire filmmakers and nurture the growth of the Cameroon and African film industry. with it's commitment to presenting works of Cameroonian filmmakers in competition alongside those by major talent of the world cinema. CAMIFF offers Cameroon diverse and enthusiastic audience a means of engaging with their own and others culture through the art of CINEMA. At the same time, a strong focus on the CAMIFF as a place for the world to discover and gauge the pulse of recent Cameroon and African films/filmmakers.

Rules & Terms
The Cameroon International Film Festival (CAMIFF) will showcase more than sixty films. Twelve of the best will be entered in the competition. Selection will be based on films that best meets the selection criteria. Film submissions accepted from around the world, with concentration on African filmmakers. There would also be musical performances, seminars and giveaways. Submissions starts from December 1st 2015 to January 30th 2016.

Selection Criteria
The world is blessed with rich culture and heritage worthy of celebration. Cameroon is also plagued by various social, economic, health, religious, immigration, and political issues that must be confronted. We therefore encourage the world to make films about Africa; and our selection criteria will be based on the following: Films that promote African culture Films that address issues affecting world Films about history Films about historic landmarks Films made by Independent African filmmakers ADDITIONAL SUBMISSION REQUIREMENTS Feature-length submissions must not have been broadcast or televised, or be publicly available in their entirety online prior to their date of exhibition in the Festival. Foreign language (non-English) submissions must be available in their original language and soundtrack with English subtitles. The Cameroon International Film Festival ( CAMIFF ) reserves the right to determine eligibility of any work submitted. It is highly advised that you test your DVD submission in a standard DVD player prior to submitting. Any unenviable DVD may be disqualified. The Festival may attempt, but is not obligated, to contact the applicant for a new copy. 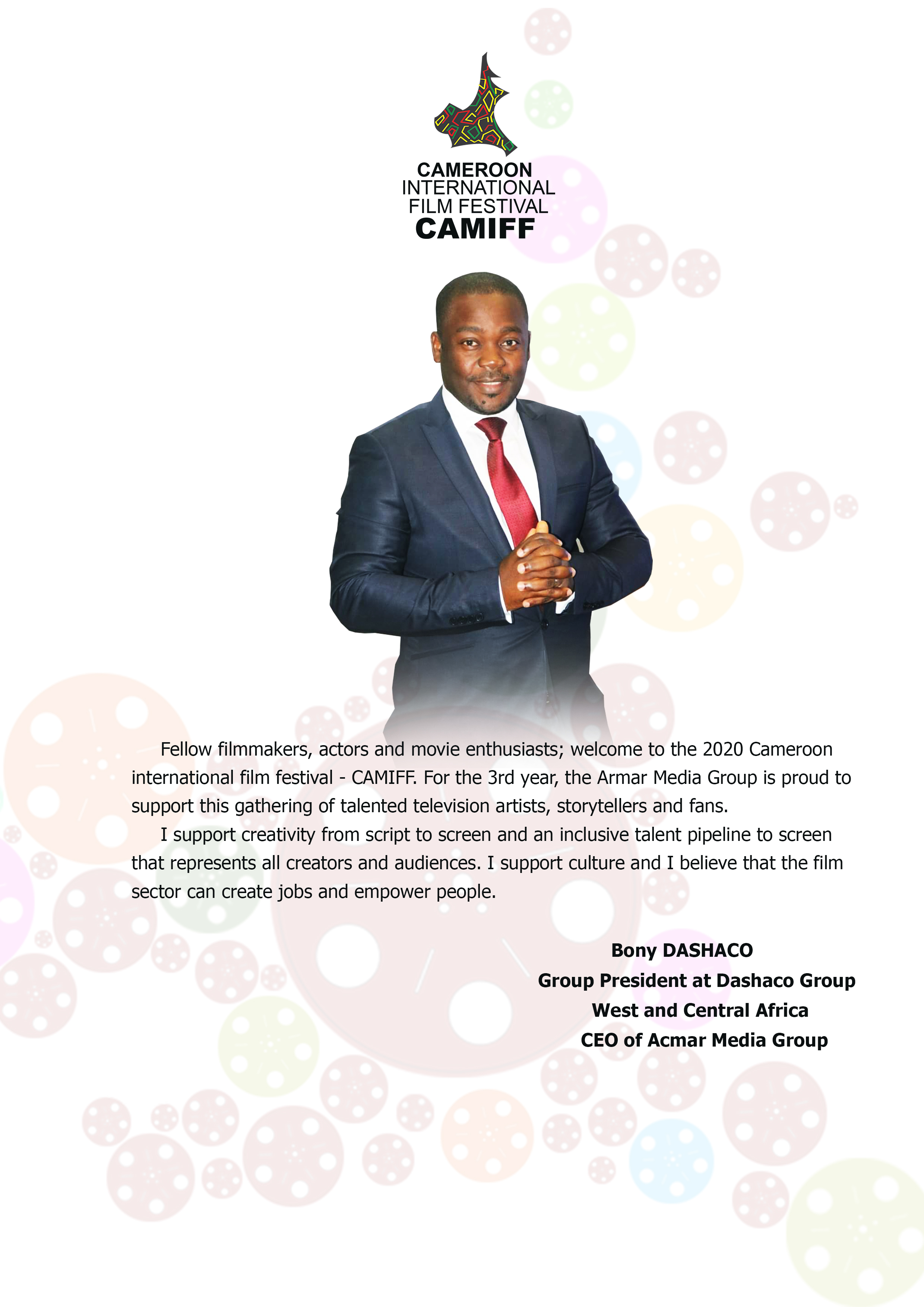 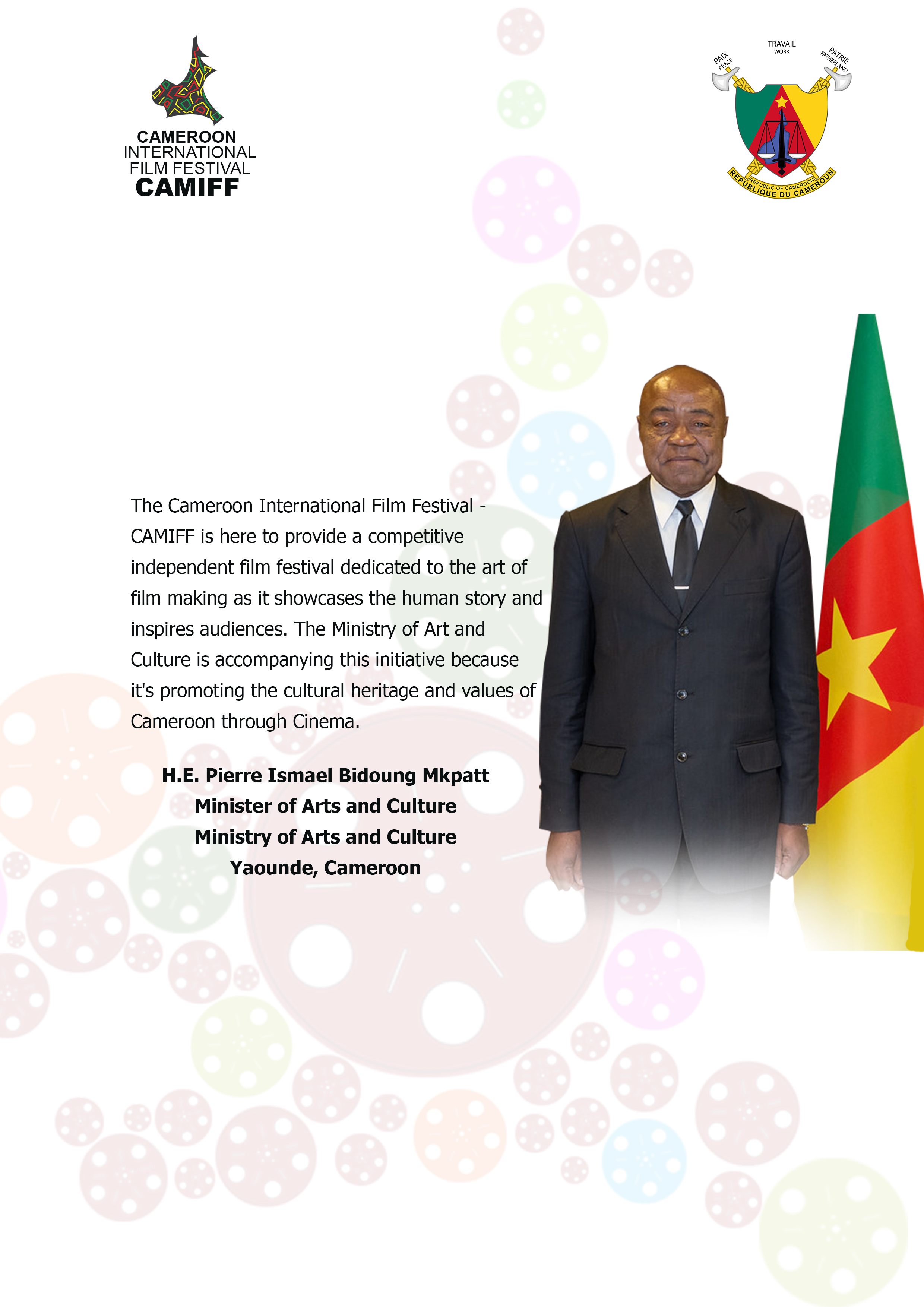 Terms & Conditions
I, the authorized representative of the project being submitted (hereafter called the “Film”) acknowledge that I am duly authorized, on my own behalf and on behalf of all other persons or entities who have any ownership rights or interests in or relating to the Film (hereafter called the “Film’s Owners”) to submit to The Cameroon International Film Festival ( CAMIFF ) I warrant and agree, on behalf of myself and each of the Film’s Owners, that the Film is being submitted voluntarily and without promise or inducement, and that the submission of the Film neither imposes nor creates any obligation or responsibility on the part of The Cameroon International Film Festival ( CAMIFF ) , to accept the Film for inclusion in CAMIFF, to exhibit the Film at CAMIFF, to acknowledge the submission of the Film, or to return the submission copy of the Film or associated submission materials to me or others. I shall indemnify and hold harmless CAMIFF from and against any and all claims, liabilities, losses, damages, and expenses (including but not limited to attorney's fees, and costs of the court) which may be incurred by reason of any claim involving copyright, trademark, credits, publicity, screening, and loss of or damage to the screening videos entered. I have paid and will pay in full all license fees, clearance fees, and other obligations, of any kind, arising from or associated with the exhibition of the Film at or in connection with CAMIFF. I understand that CAMIFF reserves the right to waive or adjust any requirements outlined herein. I understand that I am not entitled to any refund or damage claims of any kind if my film is unable to screen due to technical or operational difficulties or if my film needs to be rescheduled, delayed, or removed from the program for any reason. By clicking “Submission Button” below I warrant that I have read, understood, and accept all aforementioned regulations and requirements pertaining to submission to The Cameroon International Film Festival ( CAMIFF )
Cameroon International Film Festival ( CAMIFF )
P.O Box 146 Buea
South West Region, CAMEROON